Dr. Gerald Fried is the 2021 recipient of the Duncan Graham Award

And transform it did.

In the time since, Gerald Fried, MD, FRCSC, FACS, has become a trailblazer in simulation education for laparoscopic surgery and a leading innovator in surgical education. For his work, he is being recognized as this year’s recipient of the Duncan Graham Award for Outstanding Contribution to Medical Education.

“It’s always special when you’re nominated by your peers,” he says of the award. “It’s a great honour just to be nominated and then as a national award in an area that I’m particularly passionate about — education — it’s really meaningful.” 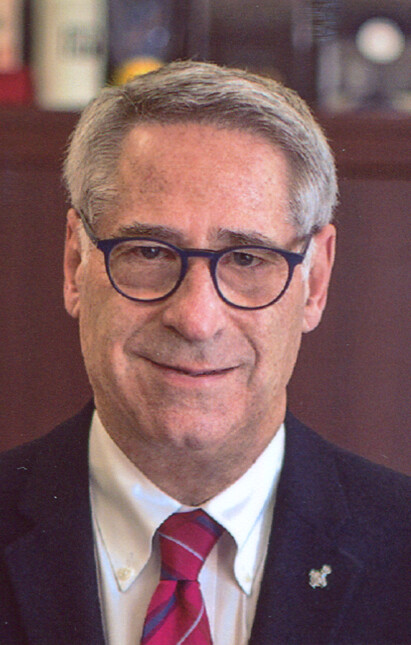 Dr. Fried was an early adopter of simulation in surgical education and is an international leader in the field. He describes the introduction of laparoscopic surgery as “one of those milestone events” in surgical treatments over the past 50 to 60 years.

“He immediately recognized the incredible potential of the new approach and went to Germany to train with Hans Troidl, one of the earliest innovators,” says former student and mentee Liane Feldman, MDCM, FRCSC, now chair of the Department of Surgery at McGill University. “When he returned, he performed one of the first laparoscopic cholecystectomy operations in Canada.”

But Dr. Fried quickly saw problems with how the new technique was being implemented.

“The introduction of this technology in an unplanned way, as was done in the United States particularly, led to many serious complications,” he recalls. “A lot of patients really suffered as a result of a lack of a planned educational program to introduce the technology.”

As one of the first to do this type of surgery in Canada, Dr. Fried says he “felt the responsibility to train my colleagues both locally at Montreal but also across the country to be able to offer it to their patients. But I wanted to do it in a way that would be safer. So, when somebody took a course at Montreal and we gave them a certificate — a stamp of approval, so to speak — there was some evidence that not only did they take the course but they had learned the skills that were required to do this.”

That’s how, back in the early 1990s, Dr. Fried’s career started to focus on the safe introduction of new innovations; in particular, simulation for minimally invasive surgery.

In 1990, Dr. Fried established minimally invasive surgery as a clinical and academic program at McGill. That program is now one of the foremost such programs in North America. He also developed MISTELS (McGill Inanimate System for Training and Evaluation of Laparoscopic Skills) — a simulation-based educational program to teach and assess competence in the fundamental skills of laparoscopic surgery. MISTELS is now the hands-on part of the Fundamentals of Laparoscopic Surgery (FLS) program, which has become one of the most widely used surgical simulation programs in the world.

In developing the simulation training system at McGill, Dr. Fried and colleagues needed to demonstrate that measurements of student success with the simulation was a valid predictor of success in the operating room. His research with colleagues over 15 to 20 years developed the scoring system and measures to achieve this.

“By having the evidence and having the solid research — and we did it internationally — we were able to get it embedded as part of the certification process of the American Board of Surgery so that every graduating surgeon is now mandated to show proficiency by passing our FLS test.”

Dr. Fried’s many contributions to surgical education also include his more than 20 years as a Royal College volunteer. He has served in many roles such as an exam board member, and member of the Specialty Committee in General Surgery and the Future of General Surgery Task Force. 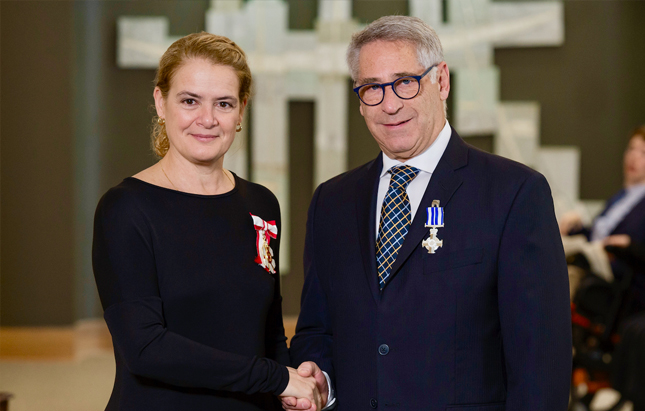 Dr. Fried continues to inspire with his leading-edge research

Dr. Fried remains active as associate dean for Education Technology and Innovation, and as director of the Steinberg Centre for Simulation and Interactive Learning at McGill. He also continues to participate in the Florenz Steinberg-Bernstein Centre for Minimally Invasive Surgery and Innovation at the Montreal General Hospital. It was established with a two-million-dollar donation (which has since grown to a three-million-dollar endowment) from a former patient who wanted to support his research. As well as providing training, “this is where we have done a lot of research, not just in simulation but also in quality and safety,” he says.

Reflecting Dr. Fried’s international reputation in medical education, Ajit K. Sachdeva, MD, FRCSC, director of the American College of Surgeons’ Division of Education says, “I have consistently found him to be visionary, innovative and always on the leading edge of surgical education.”

Adds former trainee Allan Okrainec, MD, FRCSC, now head of General Surgery at University Health Network in Toronto, “I saw firsthand his positive and encouraging interactions with students and could appreciate how impactful this was. I know many trainees who have decided to pursue a career in minimally invasive surgery directly due to his mentorship.”

Adebola Obayan | August 12, 2021
congratulation to Dr Fried,I am working on a laparoscopic simulator which will be out soon for a review by expects like Dr Fried
Reply

herbert isenberg | July 27, 2021
hi once again jerry...i inadvertently forgot to congratulate you as well for receiving the duncan graham award....you certainly made your family, and friends extremely proud of you.....again, i want to wish you continued success....all the best............herbert isenberg
Reply

herbert isenberg | July 27, 2021
hi jerry...........congratulations, for being honored, by receiving the meritorious service cross, my very best wishes to you for continues success. all the best.......herbert isenberg
Reply