Home > Strength of CanMEDS Roles? It’s in their integrations & overlaps

Strength of CanMEDS Roles? It’s in their integrations & overlaps

Dr. Ming-Ka Chan is the 2021 recipient of the Donald Richards Wilson Award

“I’m a generalist educator and so I often work in the space of trying to integrate the various CanMEDS Roles. I look at where they overlap — and that is where the strength of the CanMEDS Roles lies,” says Ming-Ka Chan, MD, FRCPC, MHPE, a Pediatrics clinician educator at the University of Manitoba. “It’s in those integrations and overlaps, within our contexts. Where we live and work, our patients and families are all part of the context in how we integrate these roles.”

Dr. Chan is this year’s recipient of the Royal College AMS Donald Richards Wilson Award for CanMEDS Integration. This award is given annually to a medical educator or a leader of a team, program or department who has demonstrated excellence in integrating the CanMEDS Roles into a Royal College or other health-related training program.

Dr. Chan has spent most of her career in postgraduate medical education and faculty development. Although CanMEDS is something she’s been immersed in since being a trainee, as a pediatrician, “the idea of developmental milestones and stages of progression of competency really resonates. It’s how I think about my clinical work so it was an easy translation into my education work.” 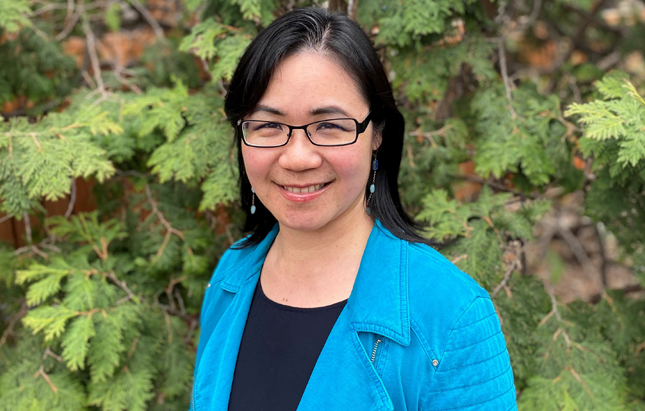 Dr. Chan’s work spans all the intrinsic CanMEDS Roles but her scholarship has mainly been in the Leader and Scholar roles. More recently, her focus has been to look at the intersection of social justice and leadership education.

“When we look at intersections with the Leader Role, one of the most interesting parts is the intersection with social justice [Health Advocate] — that’s the space that I’m really passionate about. As leaders and followers, how we can use our ability to influence to really tackle issues of social justice?”

Dr. Chan led the development of a leadership education library toolkit and helped develop an equity, diversity and inclusion (EDI) toolkit, in collaboration with the Office of Equity, Diversity and Inclusion, for the Rady Faculty of Health Sciences, University of Manitoba.

“We had an Indigenous health toolkit so, using this foundation, resources were expanded to cover to other aspects of anti-oppression,” she says.

She adds, “it’s a way of highlighting key resources. If someone wanted to start their own self-journey or self-learning in these areas, there are some trusted resources to help them develop some of those competencies.”

The Leader Role, on its own, is also particularly prominent in Dr. Chan’s work. This includes, for example, her co-development and co-facilitation (with chief residents) of the Annual Pediatrics Transition to Senior Resident workshop. The workshop, which continues to evolve, has been adopted by other pediatric programs across Canada. The model has also evolved to include other specialties and other trainees who want to develop leadership skills. Nationally, she also founded and developed the Annual Canadian Pediatric Resident Leadership Conference that focuses on developing leadership in chief residents and other senior resident leaders.

“The transition points are particularly important times,” she says. “As residents take on leadership roles, we really felt it was important to support them in their development, as well as provide opportunities for networking and peer support.” 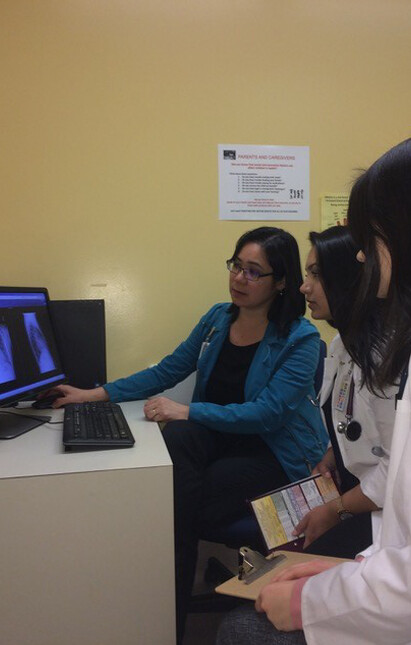 COVID-19 led Dr. Chan to adapt her approach to teaching and assessment

At the onset of the COVID-19 pandemic, Dr. Chan saw the need for medical education to adapt quickly and wanted to help. Together with collaborators across Canada, she helped build PivotMedEd.com and bring recommended resources together in an open access collection.

“We needed to be able to rapidly come up with ways to teach and assess in the virtual space: across all disciplines as well as on general topics such as virtual care and antiracism. It was very apparent that there were already existing virtual resources that were well-reputed and also newly developing just-in-time curricula, such as for those who had to do some upskilling for returning to practice or working in a new area during the pandemic. So, it really was an opportunity to start looking at some content that was out there.”

Dr. Chan also transitioned much of her own teaching to the virtual domain and within Sanokondu, a multinational community of practice dedicated to fostering health professional leadership education worldwide.

“There was a desire to create a community of practice,” she says of the creation of new programming within Sanokondu, which she currently chairs. “We needed diverse opportunities to share and support each other as we dialogued on some tough topics, such as anti-racism, allyship, bias and stigma.”

Dr. Chan stands out for her highly adaptive, creative and enthusiastic approach to her work.

“Dr. Chan has been a tireless CanMEDS supporter, champion and activist,” says Deepak Dath, MD, FRCSC, professor of surgery at McMaster University. “Her efforts have been sustained, she is authentic, and she has helped define medical education nationally and internationally.”