Marcia Anderson, MD, MPH, FRCPC, didn’t always have a strong sense of her identity as a First Nations woman; colonization had a significant impact on her family. In 1944, her great grandfather, as a result of the push to assimilation, made the difficult decision to enfranchise, thus giving up his legal identity as a Status Indian under the federal Indian Act. This choice was made to protect and provide for his family, and he had to make this choice at the height of the residential school era in Canada. 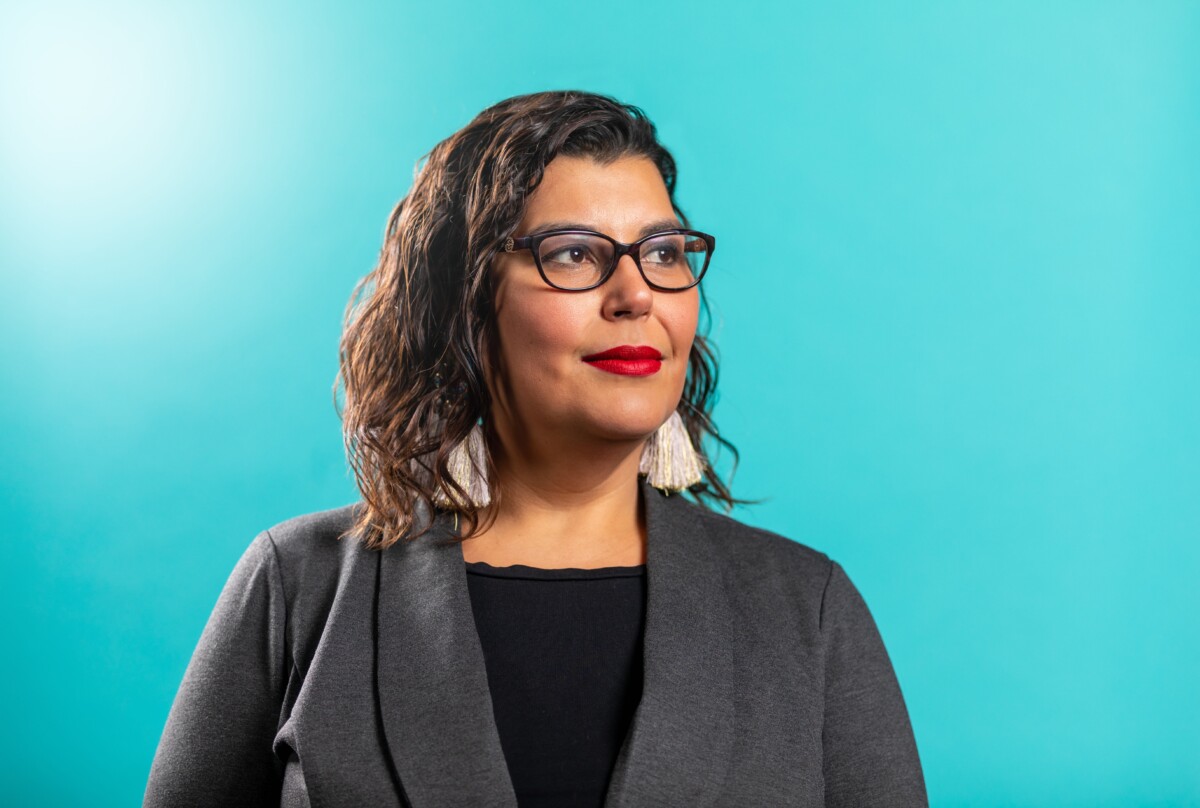 It wasn’t until Dr. Anderson got to medical school that the late Thomas Dignan, CM, OOnt, MD, FRCPSC (Hon), along with other Indigenous students and physicians, helped her reconnect with her Indigenous roots through ceremony and cultural activities – setting her on a lifelong path to shape Indigenous health care through system reform and transformation. Dr. Dignan quickly became an important mentor for Dr. Anderson and, after she graduated in 2002, he continued in that role over many years.

Dr. Anderson, who is Cree-Anishinaabe, is the proud recipient of the 2021 Dr. Thomas Dignan Indigenous Health Award. “With his passing earlier this year, I have spent time reflecting on Tom’s role in my life, and to receive the award now is even more poignant,” she says.

Dr. Dignan’s support, along with that of Dr. Anderson’s family and other Indigenous students, helped her cope with the racism that she experienced during her time in medical school. But the fuel that shaped her life’s work was – and continues to be – seeing the impact that racism has on the treatment of Indigenous patients and pushing to reform the systems that allow it to continue.

A passion for closing health gaps

Dr. Anderson’s decision to focus her career on system-level work and transformation was in large part due to the influence of Dr. Dignan. Early in her career, he encouraged her to assume leadership roles such as when she became co-chair of the Aboriginal Health Task Group of the Association of Faculties of Medicine of Canada or president of the Indigenous Physicians Association of Canada while still a resident. A dedicated mentor herself, Dr. Anderson is grateful to all of her mentors, some of whom were also under Dr. Dignan’s tutelage.

At the University of Manitoba’s Max Rady Faculty of Health Sciences, Dr. Anderson is vice-dean, Indigenous Health and she is executive director, Indigenous Academic Affairs, at Ongomiizwin, the university’s Indigenous Institute of Health and Healing.

Her work with Ongomiizwin “is firmly rooted in an anti-colonial and anti-racism lens . . . and reflects her commitment to Indigenous learners and her passion for closing the health gaps experienced by Indigenous Peoples,” Brian Postl, MD, FRCPC and dean of the Max Rady Faculty of Health Sciences, states in his letter nominating Dr. Anderson for the award.

He notes that Dr. Anderson also chairs the Indigenous Health Network of the Association of Faculties of Medicine of Canada (AFMC) and serves as a medical officer of health for Indigenous Services Canada, Manitoba Region.  She practises both Internal Medicine and Public Health. 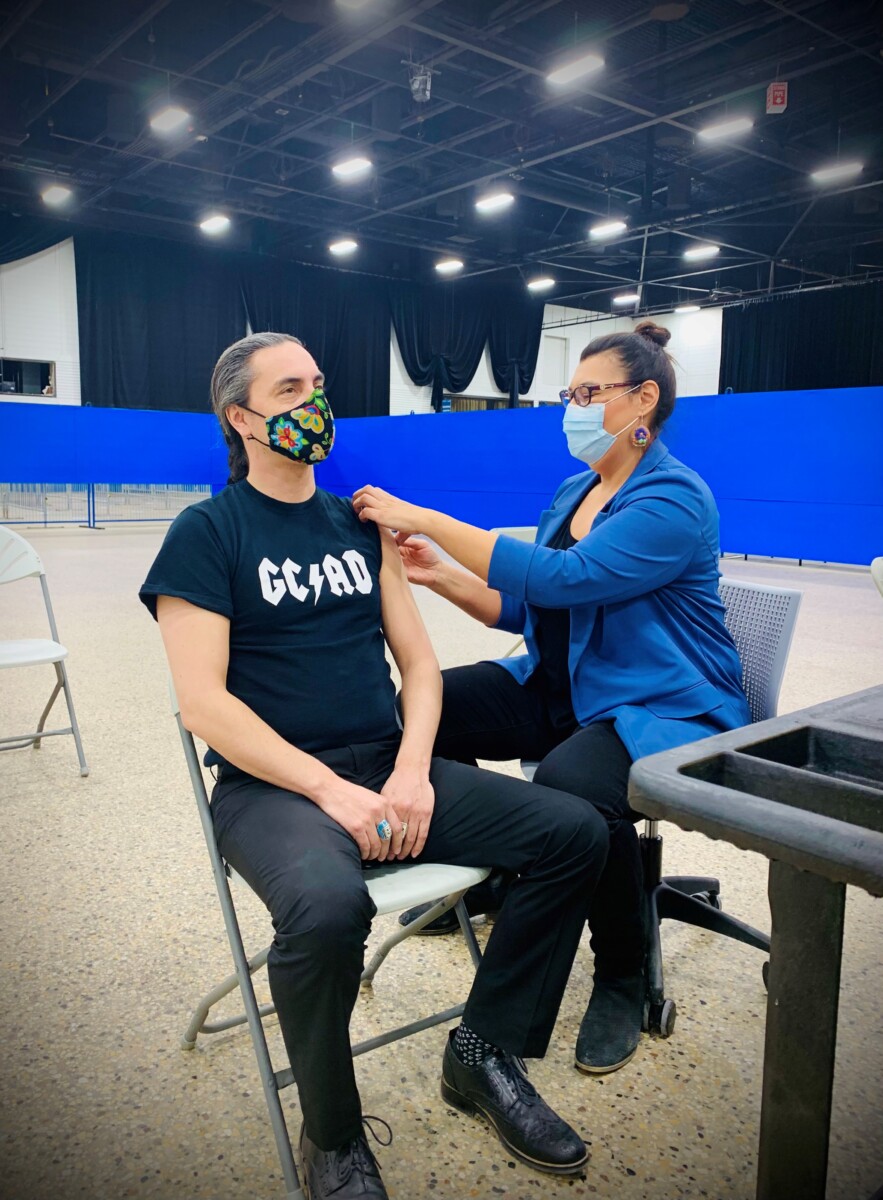 Dr. Anderson is particularly proud of her work on the Disruption of All Forms of Racism policy, which her faculty approved in 2020.  The first of its kind in Canada, she says it was years in the making, and evolved from initiating conversations about racism, acknowledging the importance of racism as a health issue, and recognizing how it is manifested within health education. She realizes the policy is a stepping stone, not a solution, and is frustrated that attitudes and practices aren’t changing fast enough, adding “Indigenous patients too often continue to experience direct interpersonal racism in health care settings.”

In the almost 20 years since medical school, Dr. Anderson is glad to have seen an increase in the number of Indigenous physician leaders and Indigenous medical students. Recently, though, the number of students has plateaued and she’d particularly like to see more First Nations and Inuit enroll in medicine.

Building on trust and community

Of late, the COVID-19 pandemic has consumed much of her energy. Dr. Anderson credits the trust that Ongomiizwin has built, with Indigenous groups and communities, traditional healers and knowledge keepers, for its ability to help get vaccination clinics to urban, rural and remote Indigenous Peoples.

Dr. Anderson “is a key voice in her role as an Indigenous leader in Public Health on the First Nations Response Team to COVID-19,” says Catherine Cook, MD, CCFP, FCFP, vice-president (Indigenous) at the University of Manitoba. Adding, “[She] is generous with her time and expertise.”