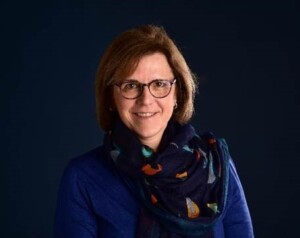 The Royal College of Physician and Surgeons of Canada is pleased to announce that effective July 12, 2021, Guylaine Lefebvre MD, FRCSC, FACOG, will join the Royal College as the Executive Director, Membership Engagement and Programs (MEP).

Dr. Guylaine Lefebvre currently serves as the executive director of Learning at the Canadian Medical Protective Association where, in the past year, she has been leading the safe medical care group. Prior to that, she led the Department of Practice Improvement since 2015.  Dr. Lefebvre completed medical school and her residency in Obstetrics and Gynecology at the University of Ottawa. She then completed a fellowship in advanced gynecologic surgery at the Mayo Clinic. After 10 years on staff at the Civic site of the Ottawa Hospital, she joined St. Michael’s Hospital in Toronto as chief of Obstetrics and Gynecology and became associate chair of the University of Toronto’s Department of Obstetrics and Gynecology, where she remains a full professor.

Dr. Lefebvre is a past president of the Society of Obstetricians and Gynecologists of Canada and has contributed to several health-related provincial and national bodies, including Access to Care, the Medical Council of Canada and several committees of the Royal College. Dr. Lefebvre received an honorary fellowship to the Royal College of Obstetricians and Gynecologists and received the Queen Elizabeth II Diamond Jubilee Award for her work in women’s health.