Canada has lost a formidable champion for Indigenous health, but his work lives on in the leaders he mentored over decades. Anesthesiologist and primary care physician Thomas Dignan, CM, OOnt, MD, FRCPSC (Hon), brought a generous spirit, humble nature and no-nonsense approach to effecting change. Following his passing on January 17, Dr. Dignan – a Mohawk from Six Nations of the Grand River Territory – is being fondly remembered for his passion for medical education, equal access to health care and anti-racist practice. 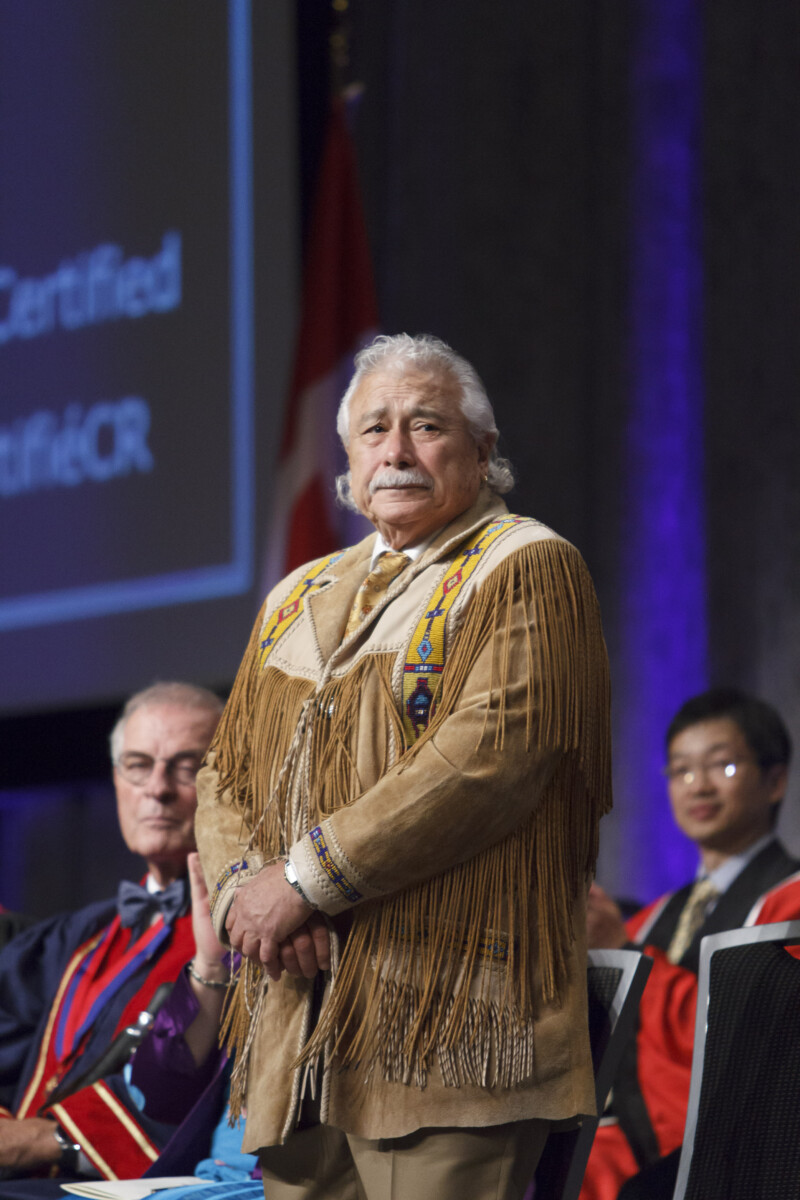 “Dr. Tom’s practice was built around his foundational belief in anti-racist practice,” says mentee Karen Hill, MD, CCFP and professor, Department of Family Medicine at The Michael G. DeGroote School of Medicine, McMaster University. “Having experienced racism at the hands of teachers and co-workers throughout his life, he dedicated much of his career to providing equitable access to health care for Indigenous people and communities. He took his commitment as far as gaining a pilot’s license and flying into remote communities to provide care.”

Dr. Hill was the first recipient of the Dr. Thomas Dignan Indigenous Health Award, awarded by the Royal College in 2015, for her dedication to bridging the gap between Indigenous health values and the practice of Western medicine.

Dr. Dignan was a long-time co-chair of the Royal College’s Indigenous Health Committee. The Dr. Thomas Dignan Indigenous Health Award was founded in 2014 in recognition of his tireless advocacy for eradicating disparities in health outcomes and inequities in the quality of health care facing Indigenous Peoples.

“Some people would describe Tom as a father figure; I saw him more like the uncle who would go outside for the street fight if someone caused trouble for you,” says Alika Lafontaine, MD, FRCPC, an Indigenous physician of Cree, Anishinaabe, Metis and Pacific Island heritage and an advocate for Indigenous health transformation.

“He would lead you into a situation that he was pretty sure you could handle, even if you didn’t have that confidence yourself. But he would always provide support if you needed it.”

Dr. Dignan recognized leadership potential in people who didn’t see it in themselves – and he nurtured it.

“I think when you look at the breadth and depth of the leaders who look at Tom as a mentor who had a big impact in their life, it’s really like a Who’s Who of Indigenous health. Tom really created this space for everyone to live in. He allowed people to kind of grow into the leaders he thought they could be.

Dr. Lafontaine says Dr. Dignan was like the tip of a spear, able to “break into a space, but then…step out of the limelight and let other people fill the space with their own voices. What was important to him was achieving the outcome.

“I didn’t have huge aspiration to move into the medical leadership space,” says Dr. Lafontaine. “He ‘voluntold’ me that this is what I was going to do…I didn’t have the foresight to know that I could grow into what he saw in me. And I think that’s a really powerful legacy to leave behind.

“He sacrificed a lot to build other people up. He did that all to the very end.”

Dr. Lafontaine says he is now “constantly on the lookout for colleagues who can fill the spaces that I’m in. And I know that that is because of what Tom taught me.”

As a mentee, Dr. Lafontaine says one of the best pieces of advice he received from Dr. Dignan is to be very honest, even blunt, when sharing insights into Indigenous health care. “His advice was, ‘You just have to say how it is.’ I think that’s one of the things that people really loved about Tom…There was a lot of integrity to what he said.” 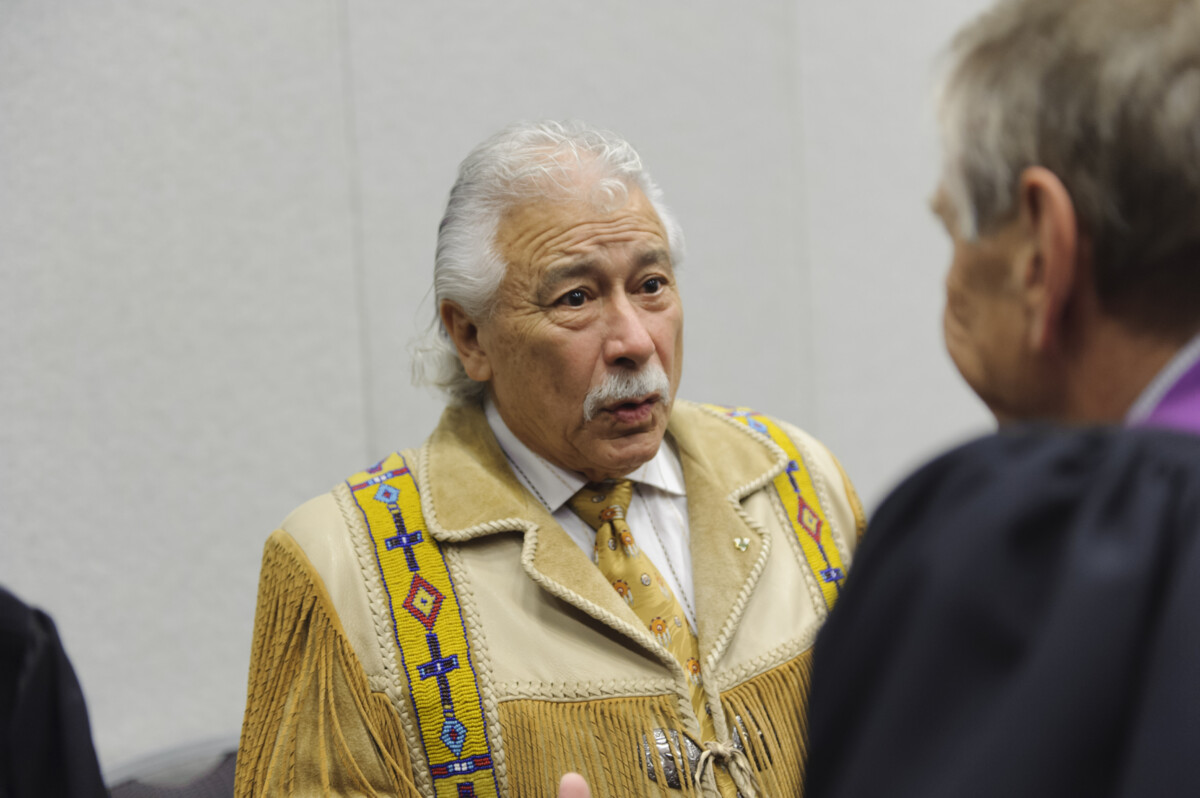 “You can advocate for things strongly but if you don’t have the relationship in place to mobilize the change, the change doesn’t happen,” he said. And Dr. Dignan excelled at building relationships, throughout the Royal College, in Indigenous communities across Canada, and in government.

“He had the ear of many senior people and not just in health care,” says Paul Tomascik, senior policy analyst at the Royal College.

“Ministers, perhaps the prime minister and premiers…He had no hesitation to call and they picked up the phone. If he wanted to call the minister of health about a boil-water advisory or something they would pick up the phone. So he was very influential and senior, powerful people in government listened.”

Dr. Dignan was not only influential, but also inspirational.

“When I reflect on Dr. Thomas Dignan, I think about the Seven Generations teaching from the Haudenosaunee peoples: the advocacy we do now should take into account how it will impact for the seven generations,” says Ryan Giroux, MD, PGY4 Pediatrics at the University of Toronto and member of the Métis Nation of Alberta, who met Dr. Dignan through their work on the Royal College Indigenous Health Committee.

“Dr. Dignan has built a legacy of hope and change for Indigenous physicians in his work and has impacted the landscape of Indigenous medical education for generations to come,” says Dr. Giroux. “It is an honour to carry out the crucial work that he has started at the Royal College.”

Dr. Dignan studied medicine at McMaster University, becoming its first graduate of First Nations ancestry. He was Thunder Bay’s first emergency physician and later served the South Muskoka Hospital in emergency medicine and anesthesia. As a licensed pilot and fly-in physician, he served the northern and western regions of Ontario.

Kamal Rungta | February 25, 2021
I had the great honour of serving with Tom as a member of the Royal College council. I loved his sense of humour. I remember the first time we talked he said a tribal chief had given him the name ‘ walking eagle”. When he asked the chief how he had arrived at the name, the chief smiled and said “you are too fat to fly”. I will miss him.
Reply