Home > For Dr. Rousseau “my whole career was a post-traumatic reaction to that war”

For Dr. Rousseau “my whole career was a post-traumatic reaction to that war”

Cécile Rousseau, MD, MSc, admits to being pretty naïve when she embarked on her first humanitarian mission, to Guatemala, back in 1978. She was a new family doctor setting out to fulfil a “youth dream” to change the world.

“I was very moved by the fact that the world wasn’t fair and equitable,” says Dr. Rousseau, a research and clinical psychiatrist at the Montreal Children’s Hospital. “In a naïve way, I wanted to change the world and imagined I had the power to do so.”

She soon found out she didn’t have that power — not yet.

Her first mission was two years after a massive earthquake had hit the country and, during her first year there, war erupted. In her words, living through the war “taught me about the dark side of humans, the way we can be very cruel to each other in non-sensical ways. I think that my whole career was a post-traumatic reaction to that war experience in Guatemala. It shaped my willingness to try to understand human suffering and violence, but also to correct and repair it.”

In recognition of her service and activism in the interests of refugees, asylum seekers and victims of torture, Dr. Rousseau is the 2021 recipient of the Royal College Teasdale-Corti Humanitarian Award. 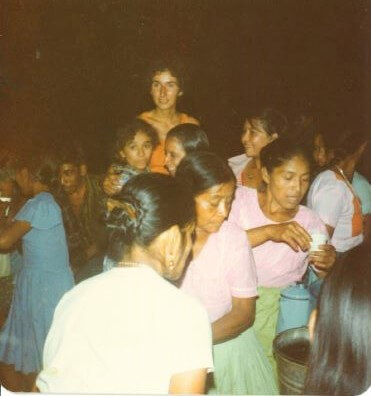 Dr. Rousseau in Guatemala (circa 1979) with “Promotores de salud” (community health workers) who were trained to teach local women about nutrition (submitted photo)

Training in Psychiatry to enhance services for refugees

Dr. Rousseau’s experience in Guatemala led her to rethink her career path. Upon her return to Canada, she trained in Psychiatry at the University of Montreal and earned a master’s degree in Transcultural Psychiatry at McGill. She started a ground-breaking clinical practice in Montreal, with a focus on helping migrant children and their families heal the wounds of wartime trauma.

“[She] has shown unwavering commitment to healing and defending victims of war and torture, refugee and asylum-seeking children, families that have survived traumatic experiences, and those who face adversity,” writes Child and Adolescent Psychiatrist Rachel Kronick, MD, FRCPC, in a letter co-signed by many of Dr. Rousseau’s colleagues.

For example, early in her Psychiatry practice, Dr. Rousseau saw that mental health services were lacking for refugees who had experienced trauma in their home countries. With colleagues, she brought together a group of experts and professionals to establish RIVO (Réseau d’intervention auprès des personnes ayant subi la violence organisée) — a Montreal-based community clinic that offers specialized mental health care to survivors of torture and war.

Dr. Rousseau also founded the Transcultural Psychiatry Service in the Child Psychiatry Department of the Montreal Children’s Hospital. She directed the service for more than 10 years and created an accompanying non-profit charitable organization: The Banyan Project.

“I wanted to do this service because of a lot of unmet needs in Montreal,” she says. “People were asking me for clinical help when I had no services to do that…Fundraising allowed me to hire clinicians and a lot of trainees and Psychiatry residents. They put their energy and enthusiasm and time into the team, so it grew from just me to a very nice and lively team that attracted more trainees.” The service had four or five trainees each year, and three to four clinicians. 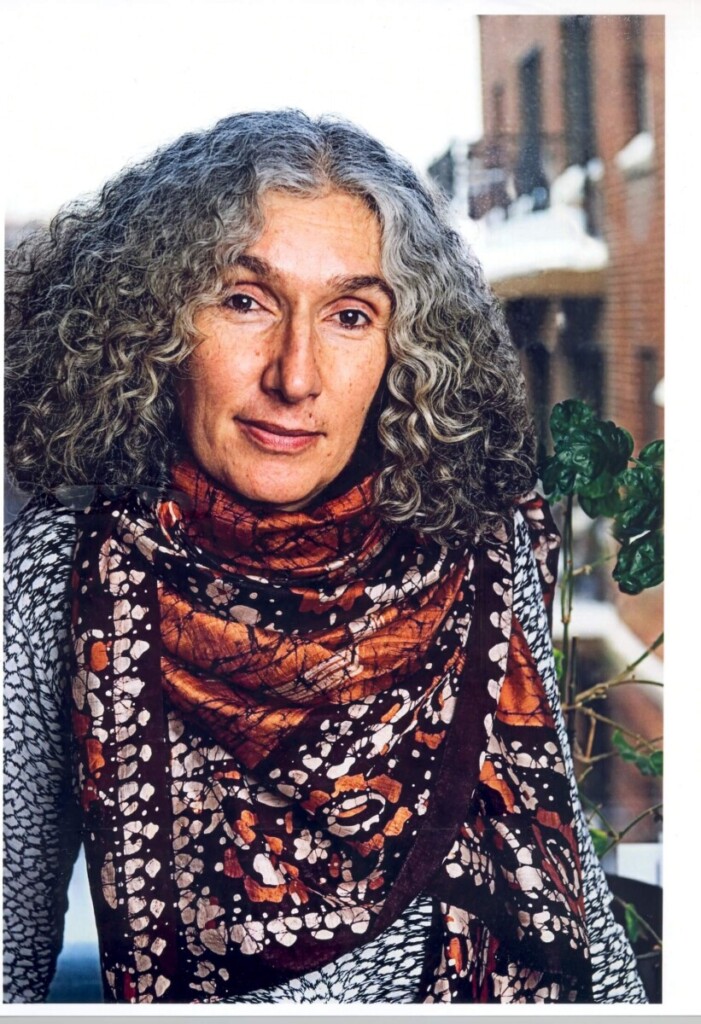 Bringing stigma prevention to the schools

Mental health services for refugee children are often seen as stigmatizing to their parents. In an effort to focus on prevention, Dr. Rousseau influenced schools to support the adaptation and wellbeing of immigrant and refugee children. From storytelling with younger students to theatre for secondary students, teachers were trained to help students express themselves in non-stigmatizing ways. Rigorously evaluated in randomized trials, these programs proved effective and are still running in many schools across Quebec. They have also inspired related programs across Europe.

She explains, “Beyond acknowledging kids better, we showed how this can transform the gaze of the teacher upon the kids…They learned about the difficult story around their behaviour. Their relationship with the child changed.”

Advocating for policies to protect asylum seekers and undocumented children

Dr. Rousseau continues to expand her impact by sharing her knowledge, insights and experiences.

In 2012, Dr. Rousseau presented to a parliamentary committee examining a bill proposing the mandatory, indefinite detention of groups of asylum seekers arriving in Canada. Her research served as the evidence-base for multiple reports by legal advocates and several open letters, including one signed by the Royal College. As a result, new ministerial guidelines insisted that children not be detained and be protected from family separation.

One year earlier, Dr. Rousseau and her team spearheaded a CIHR-funded project on the limited access to education for undocumented children in Quebec. By building trust between all stakeholders, she ensured the development of policies and guidelines to protect the health and educational rights of these previously neglected children.

“As a psychiatrist, she has dedicated the last decades not only to the care and healing of vulnerable migrant children and their families,” summarize some of her colleagues, “but also to the transmission of humanitarian values to hundreds of health and mental health professionals.”

In a sense, you could say she found a way to change the world. 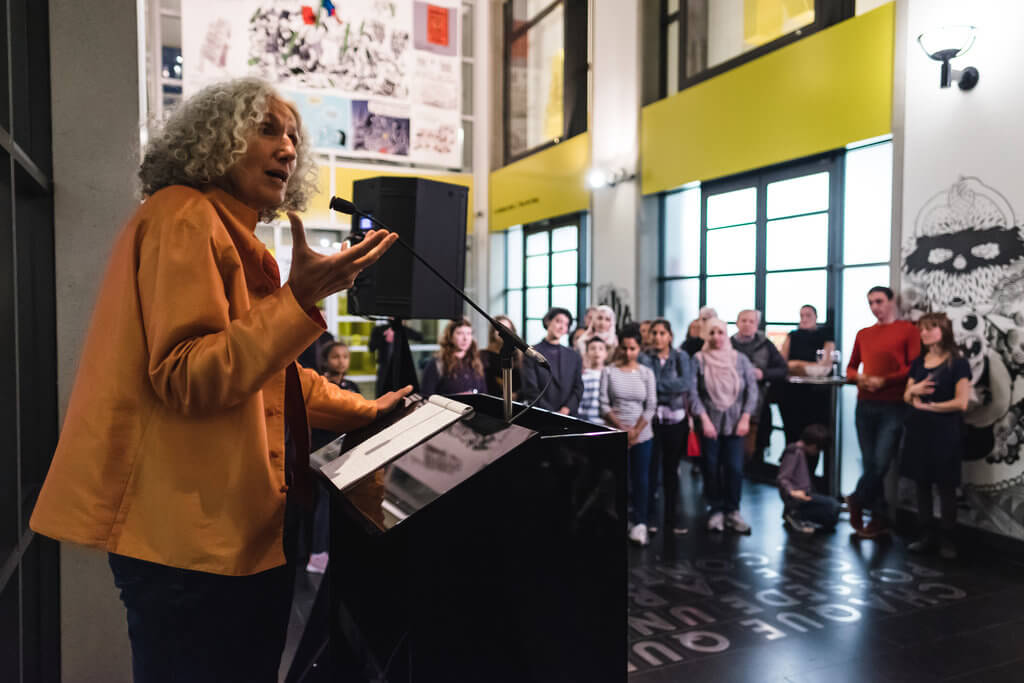 Dr. Rousseau inaugurates the “What if?” community exhibit at Montreal Museum of Fine Arts in 2018, which aimed to give a voice to marginalized communities (submitted photo)