Dr. Nathan Stall is the recipient of the 2021 Royal College Award for Early-Career Leadership in Health Policy / Health Systems

Nathan Stall, MD, PhD(c), FRCPC, is helping inform changes to long-term care (LTC) in Canada as the country looks for solutions following the devastation of COVID-19. One of only a handful of geriatrician-scientists in Canada, Dr. Stall has prolifically published on health care for older adults, long-term care and ageism. Today, he increasingly finds himself in the role of “advocate for change” to protect the most vulnerable.

Dr. Stall is an early-career staff geriatrician/clinician-scientist at Sinai Health System and University Health Network in Toronto. He is regarded nationally as an expert in LTC reform. His “mix of activism and scientific prowess, and growing interest in health policy” allowed him “to become an incredible clinician, advocate and health services researcher to help champion the needs of vulnerable older persons during the COVID-19 pandemic,” says his clinical supervisor, Samir K. Sinha, MD, FRCPC.

Dr. Stall is this year’s recipient of the Royal College Award for Early-Career Leadership in Health Policy / Health Systems. 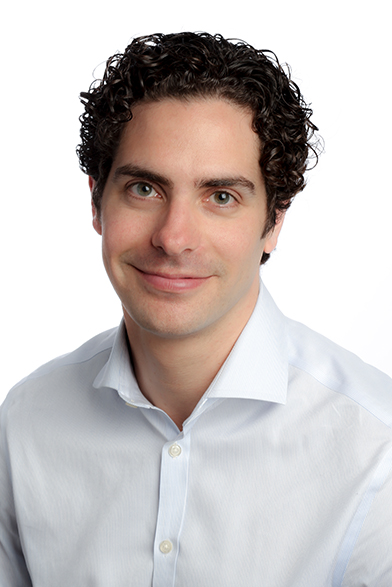 Reflecting on the largely preventable tragedy of COVID-19 in long-term care in Canada, Dr. Stall says the signs were there, early in the pandemic, that the elderly and their loved ones would pay a heavy price.

“In Canada and North America, we had the foresight of what had happened in Asia and Europe. We were watching reports from Spain and Italy. Long-term care homes were completely abandoned,” he says. Early warning signs in Canada included a LTC home in Bobcaygeon, Ont., where more than 50 per cent of its residents died in rapid succession.

“What was very hard was feeling powerless to stem the tide of this massive concentration of deaths during that first wave,” he says.

The other disheartening aspect in those early months was rampant ageism. “Many felt COVID-19 was a disease that only impacted the elderly and openly questioned why society should shut down to protect them.”

In late March 2020, Dr. Stall co-authored an article published by the Globe and Mail entitled, “COVID-19 isn’t the only thing that’s gone viral. Ageism has, too.”

Despite promises to the contrary, those early lessons were largely ignored and even more elderly in Ontario died in the second wave of COVID.

“That’s a dark mark on the history of our province…Nearly 4,000 LTC residents died and 11 staff. It was devastating for families, who mostly were not there when loved ones died in sometimes horrific conditions,” he says.

Dr. Stall wants to ensure that “what happened [in LTC homes during the pandemic] did not happen in vain.”

One of the needed system changes, he says, involves access rules for family caregivers.

“Seventy-five per cent of all home and community care is unpaid by family and unpaid caregivers. In mid-March [2020], when homes were getting ravaged, they shut their doors to family caregivers and all outside caregivers. This had, I would argue, the totally predictable consequence of significant collateral damage. Without this trusted caregiving and meaningful social connection, residents deteriorated.”

“The term that arose was ‘confinement syndrome’ and it accelerated cognitive decline. Some LTC residents went from walking to being wheelchair-bound. One died of malnutrition because their caregiver could not help feed them,” he says. “Some lost their reason to live and gave up and died.”

Having learned from a mentor that if you want to change policy you have to show what that new policy should look like, Dr. Stall co-authored a brief on what a “more humane and reasonable visitor policy would be.”

The Ontario government created a new policy that largely aligns with this proposal. In the second and third waves of COVID-19, caregivers were allowed in. 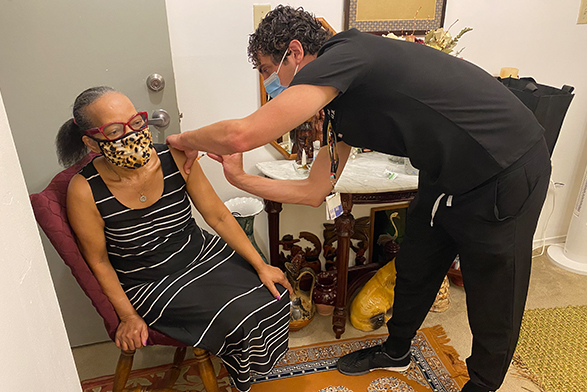 Dr. Stall served on the Ontario Science Advisory Table — an experience he calls “extraordinarily rewarding” as an opportunity to inform policy.

“Overall, we need to reimagine the system…That includes making LTC a place where people want to live and work — centres of excellence,” he says. “We need to build career ladders for staff and expose people in medicine to more careers in this area.”

The geriatrician says he’s not totally surprised to see advocacy becoming such a central part of his career. “I think I always had an inclination that I wanted to do something with my platform as a physician to be able to advocate for those less privileged and marginalized within our health care system,” he says. “I just didn’t know what form that would take.”

Dr. Stall is currently a research fellow at Women‘s College Research Institute, part of Women’s College Hospital, and pursuing a PhD in Clinical Epidemiology at the University of Toronto.